Black History Month offers the opportunity for Americans to learn our history and the contributions and achievements of Black people that changed America and the world.

African-Americans have played a major role in Florida heritage, since the unfortunate plantation days to their modern-day contributions to education, culture, business and government. To start experiencing the depth of Florida's African-American background, visit the African American Research Library and Cultural Center located at 2650 Sistrunk Blvd, Fort Lauderdale.

Featuring works by Black artists and designers, the African-American Research Library and Cultural Center will have a free exhibit through May. Including art, architecture, photography and poetry, the exhibit will examine concepts of community and life in Sistrunk, a historically Black neighborhood in Broward County. Registration is required. Register Here or call 954-357-7457.

Hallandale Beach is very proud to be an important part of South Florida Black History. 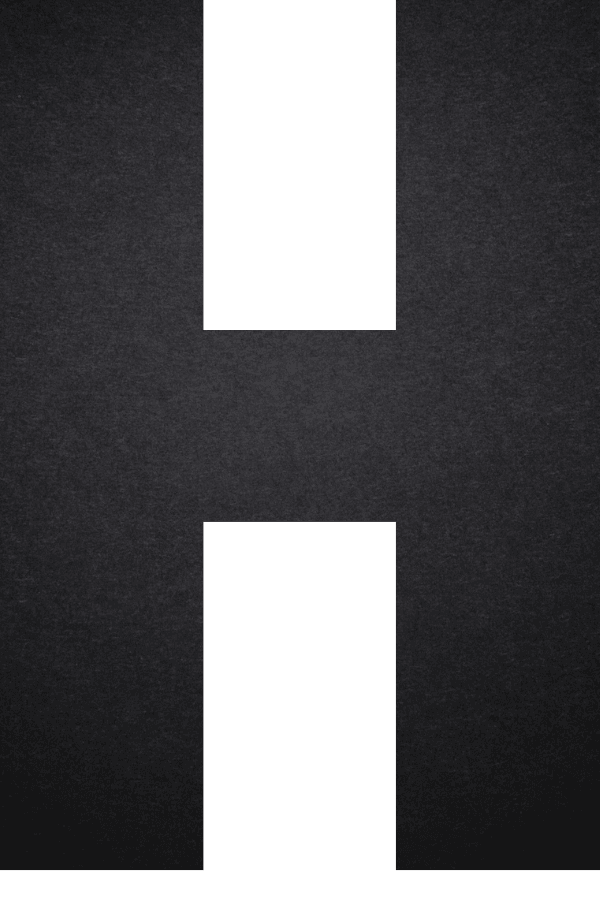 In 1900 there were twelve families living in the town of Hallandale, seven Swedish, three English, and two black or 'negro' as shown on the rolls at the time. Although the town, following the southern pattern, would be segregated quite early, with the blacks settling North of Northwest Third Street, there appears to have been minimal intentional separation of the races which is likely due to the diverse origin of the original settlers and the fact that all were dependent upon one another regardless of race or religion, in order to assure their mutual success. (Seth Bramson, Hallandale Beach Florida: For more than Ninety Years Broward County's City of Choice.) 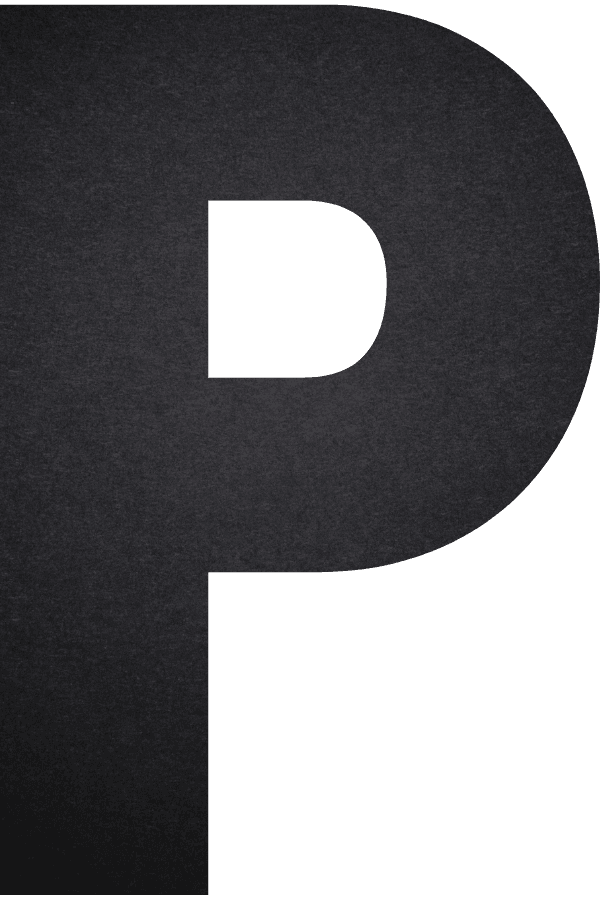 Written by Emmanuel George and filmed by Jason Rose and Cedric Brown, A Night at the Palms was premiered at the Hallandale Beach Black History Event February 8, 2019.

The Palms in Hallandale, just north of Miami, otherwise known as the Million Dollar Palms, was a major stop on the Chitlin Circuit, a nationwide string of venues where it was safe for African-Americans to perform and experience live music during segregation.

it was not unusual to spot Etta James, James Brown, Sam Cooke or the Drifters relaxing on Foster Road in Hallandale, across the street from the iconic Palms Nightclub, one of South Florida’s hottest clubs in the 1950s and 1960s, putting Hallandale Beach on the map.

The Palms’ owner, Ernie Busker, booked American R&B acts from the Bahamas, which brought Caribbean music to South Florida for the first time. 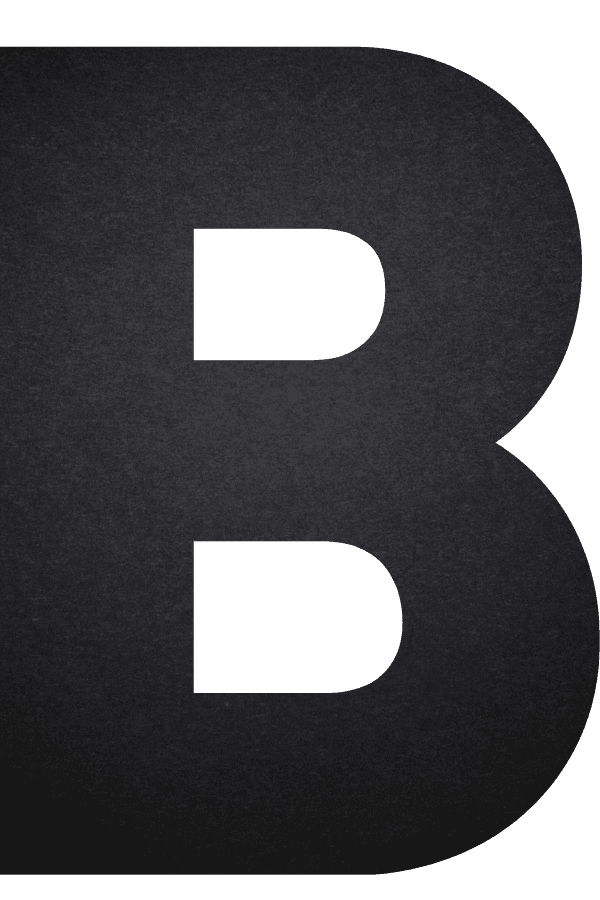 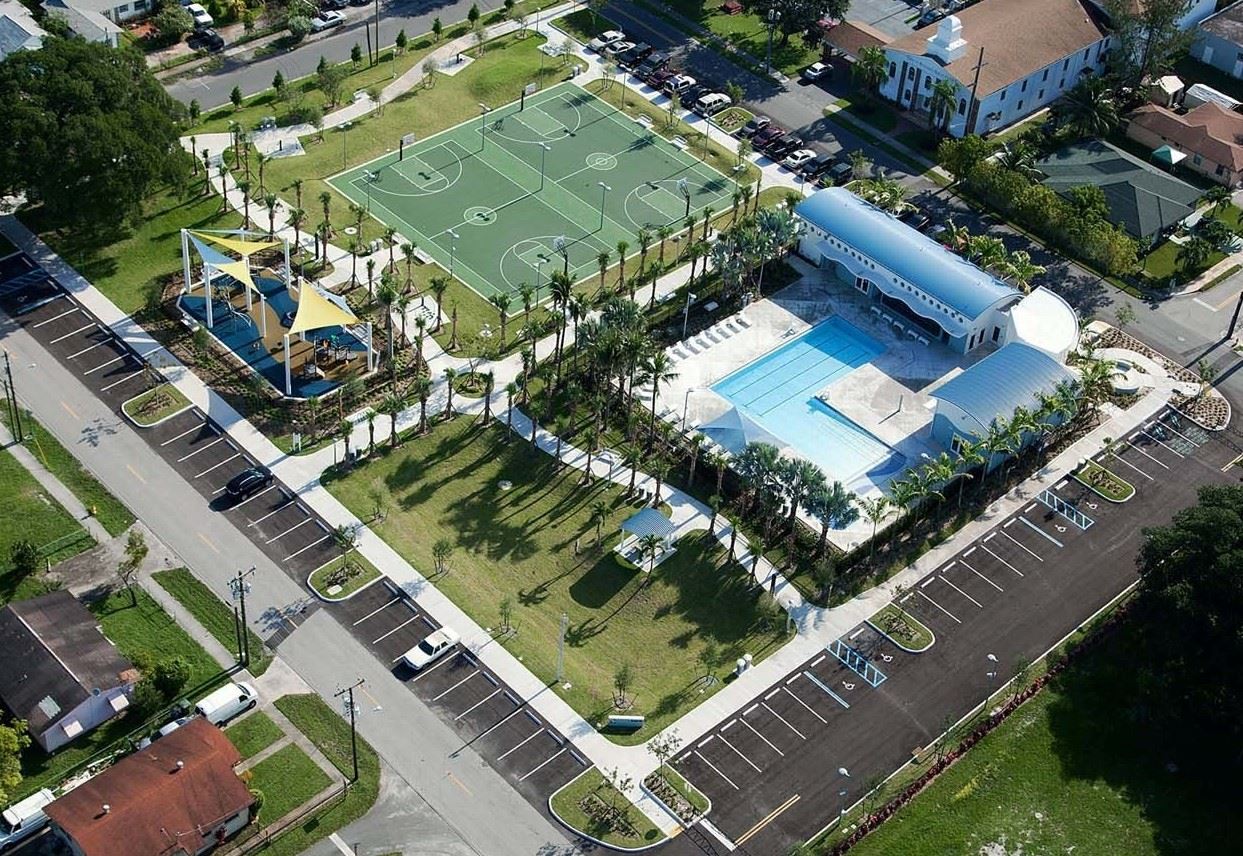 In 1903, when schools opened in Dania and Hallandale, the first school for Black students, in what would one day become Broward County, was built in Deerfield.  The Reverend B. F. James was the school’s first teacher.  James was principal of the two-room Hallandale Community School from 1920 to 1927. In the 1950s, it became the B.F. James Elementary School, then later the B.F. James Adult Education Center.  BF James Park sits on the site of the city's first black school. 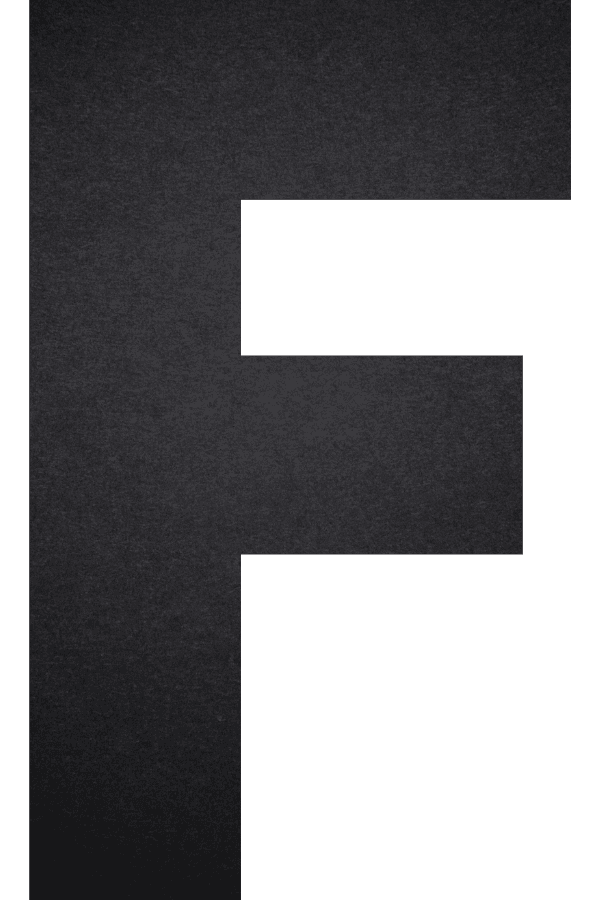 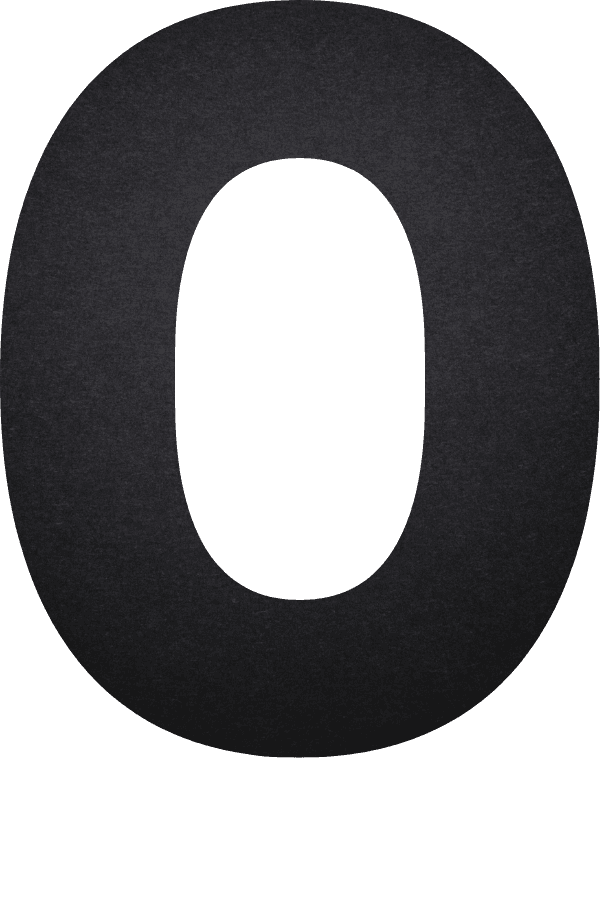 Oreste Blake (O.B.) Johnson was a visionary in the Northwest Quadrant whose vision and dedication impacted residents throughout the City and Broward County.

A former teacher, Mr. Johnson volunteered as a recreation leader in the City. He quickly realized the children in the Northwest section of the City had no safe place to play. Mr. Johnson approached City leaders and convinced them to dedicate land at Pembroke Road between NW 8th Avenue and NW 7th Avenue for a park, Dixie Park. The park included a swimming pool and became a gathering point for African Americans in South Florida. His love of children and recreation lead to his being hired as Recreation Director for Northwest Quadrant activities. His work there prompted the City to build the original Dixie Park and he became the cornerstone to building the City’s recreation program in Hallandale

In recognition of Mr. Johnson’s dedication to the children and residents of the community, the City renamed Dixie Park to OB Johnson Park shortly after his death in 1995. 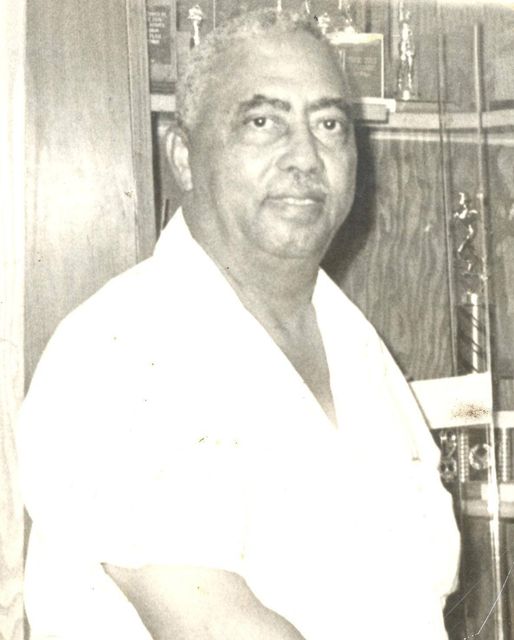 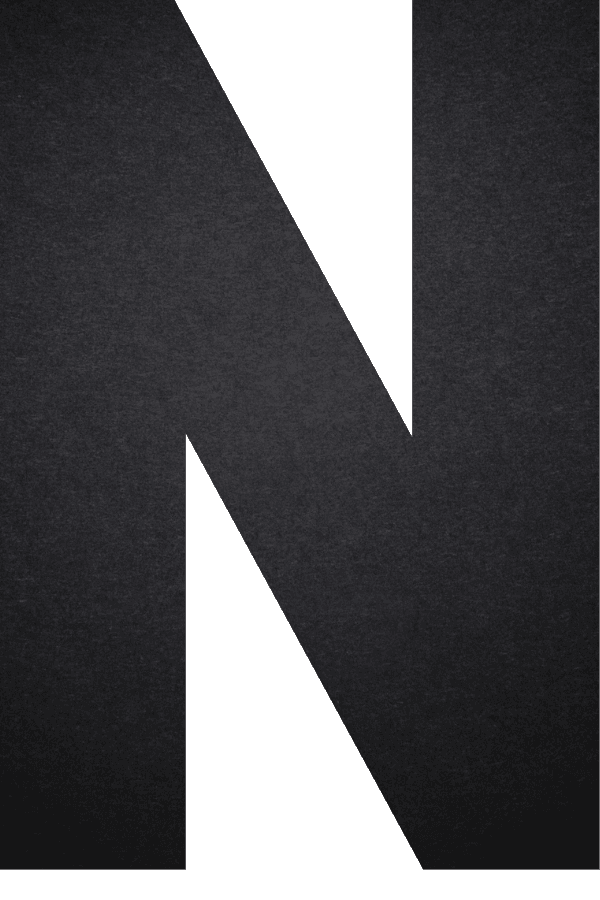 Nelson "Butch" Brown was a popular city worker who earned respect from the people he encountered in his community. He not only took care of the children, he knew the parks and the community. Brown dedicated 35 years of his life working for the City. 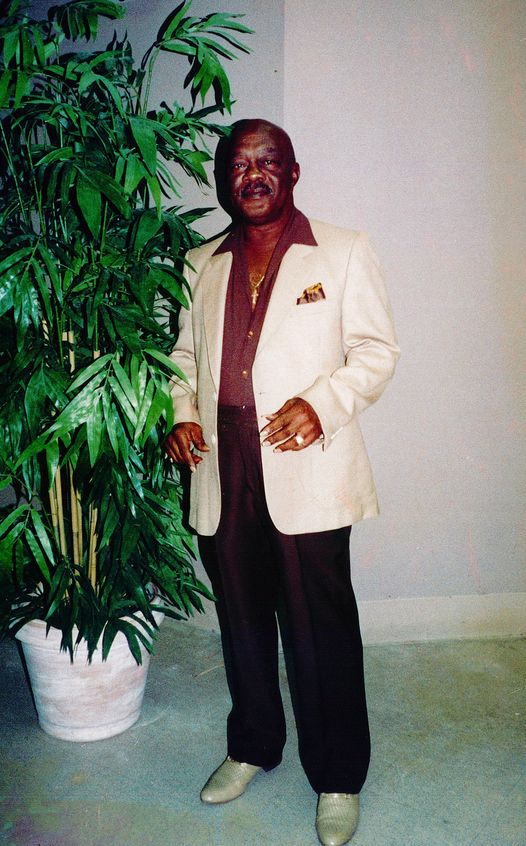 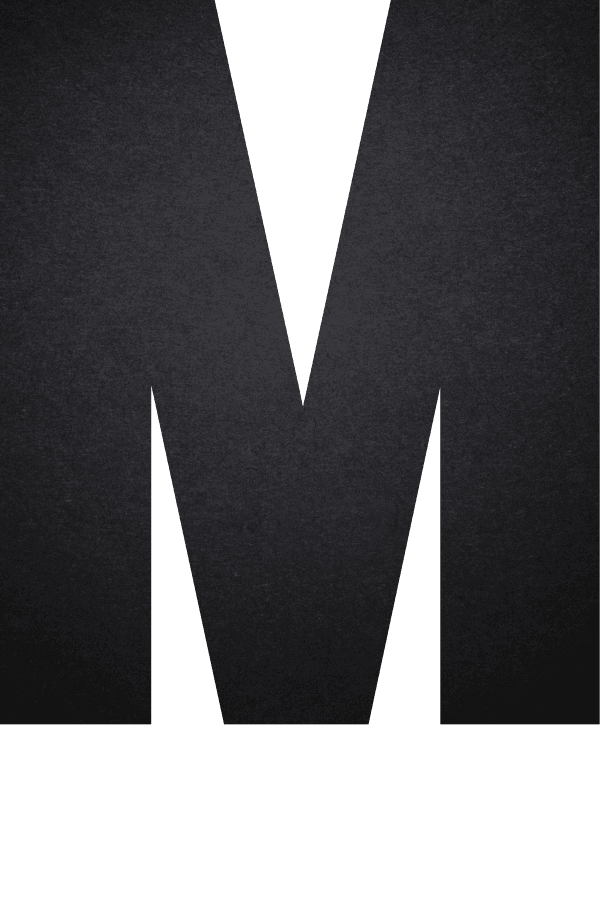 Mary Washington learned to write grants that eventually helped build the Neighborhood Service Center in 1974, which is now called the Human Services Department.

Washington started one of the first city-run social services programs in Broward County. Many cities later followed her example.

On November 21, 2003, to honor Ms. Washington’s retirement and to forever recognized the tremendous asset she was to the Hallandale Beach Community, the Multipurpose Room was dedicated and named the “Mary G. Washington Multi-Purpose Room” in recognition of Ms. Washington’s 30 years of service to the community. 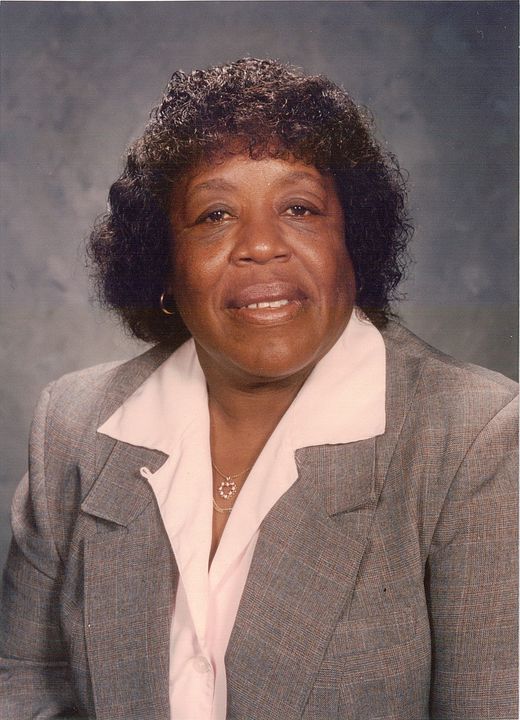 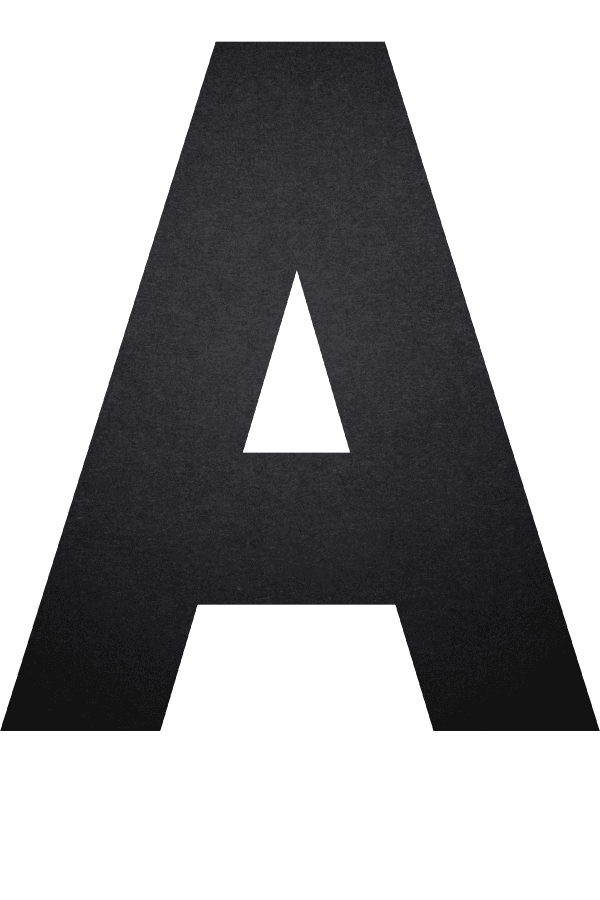 Austin Hepburn, Jr., was a Hallandale Beach Police Officer who lost his life in the line of duty on July 27, 1973, at age 26. The son of The Rev. and Mrs. Austin Hepburn Sr., Officer Hepburn immediately distinguished himself on the Hallandale Beach Police Force. He was cited for bravery in 1972 for thwarting the armed robbery of a lighting store and apprehending four suspects.

As a tribute to Officer Hepburn, his dedication and devotion to the community, the City honored him by naming the Social Services Center, the Austin Hepburn Center. 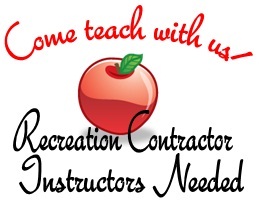